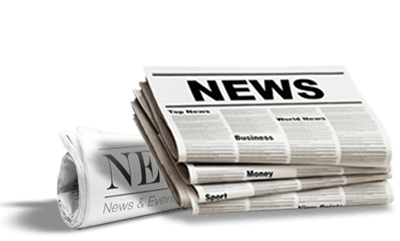 Robe Dares to Dream at Eurovision 2019

They put together a joint pitch to creatively light the high-profile production organised by the European Broadcasting Union (EBU) and hosted by the Israeli Public Broadcasting Corporation and broadcast via Israel’s KAN network.

Once selected from some stiff competition, Ronen and Dakar worked closely with Eurovision head of production Ola Melzig and his international team and utilised over 2,500 lighting and pixel fixtures on the rig, amounting to in excess of 71,000 control parameters in total!

Ronen and Dakar looked after all entertainment lighting and Dakar also took care for the key lighting. Ronen lights many live events, theatre shows and music tours, while Dakar specialises in television and broadcast lighting.

They are great friends and working together produces a unique synergy allowing both the imaginative space to bring a different approach to the lighting design, which helped make this one of the best regarded ESC presentations to date. They also took briefs from the 41 individual artistic directors from each individual delegation.

The talented international team included production designer Florien Wieder of Wieder Design in Germany who created the performance environment’s elegant architecture. In addition to the 41 contestants who battled it out to become the 26 finalists via two live televised semi-finals the week ahead of the final, Ronen and Dakar also lit 7 pre-show, playout and interval acts, the Flag Parade and other ceremonial moments.

The ESC lighting team also programmed for Madonna’s two interval numbers during the final – her 1989 hit ‘Like A Prayer’ and new single ‘Future’ with US rapper Quavo – a task overseen by LD Al Gurdon, who looked after all the iconic star’s lighting requirements.

The 116 x BMFL WashBeams were installed across the roof of the venue and were utilised for all the key lighting – from the front, rear and side and several ‘fill’ positions.

“We needed a powerful lightsource, and we wanted one type of fixture to take care of every aspect of the key lighting” elucidates Ronen. “For this, we thought the BMFL WashBeam was the best option”.

Both he and Dakar regularly use Robe products in their designs.

Eighty-seven BMFL Spots were used for all the audience lighting. This is vital in a show like Eurovision to ensure that TV directors Amir Ukrainitz and Sivan Magazonik had a constant and consistent selection of go-to audience shots to add to the broadcast mix. Eurovision fans are known for their enthusiasm and their presence is an essential part of the excitement.

The 78 x Robe MegaPointes were dotted around the audience trusses and above the stage, used for effects and to assist in the epic lighting looks.

Another reason they were keen to use these Robe fixtures was the light weight, keeping in mind the weight loading of the roof – a show like this with a massive production is not an everyday occurrence! They chose multiple LED fixtures for the same reason, and the placement of fixtures around the venue also referenced weight and involved some careful calculations.

Power was another challenge – even with thousands of LEDs in the rig – so lighting was primarily driven by a series of synched generators.

Lighting control was via a grandMA network with Angelo De Nella operating the main show lighting console. Joshua Cutts from Visual Frontier in South Africa ran the audience lighting and the key lighting was looked after by Dakar – who had all the master intensities on his console and ran these in conjunction with Ivan Eftimov operating a separate desk. Moti Aroshas operated the green room lighting.

Ronen didn’t operate a desk on this occasion; however, he creatively directed the overall show lighting and each delegation’s lighting in conjunction with all the different operators. It was a huge undertaking for which his calm and affable personality – in addition to his natural eye for creativity – was ideally suited.

Ronen really enjoyed working collaboratively with so many first-rate people and being part of a cosmopolitan team bringing so much collective experience to the table. “We all learned a lot from one another, and it was a very invigorating environment!” he declared.

He was very proud to have lit such a massive show - broadcast to nearly 2 billion people worldwide - and get a chance to show some of the team who were there long term for two or three months … a little bit of the magic and vibes of Israel.

They were onsite in Hall Two for 4 weeks, and before that, Ronen, Dakar and the core lighting creative team spent three weeks in a visualisation studio running WYG and MA3D. Applying some special trickery, they were able to mimic the production rig’s automation elements, the video content onscreen and the camera views and movements in the visualiser, being controlled via Cue Pilot.

Head of automation on the event was Shay Bonder. Video content was produced by Gravity and the playback video was operated by Yahav Tenne.

Lighting equipment was supplied and co-ordinated by Denmark based Litecom. 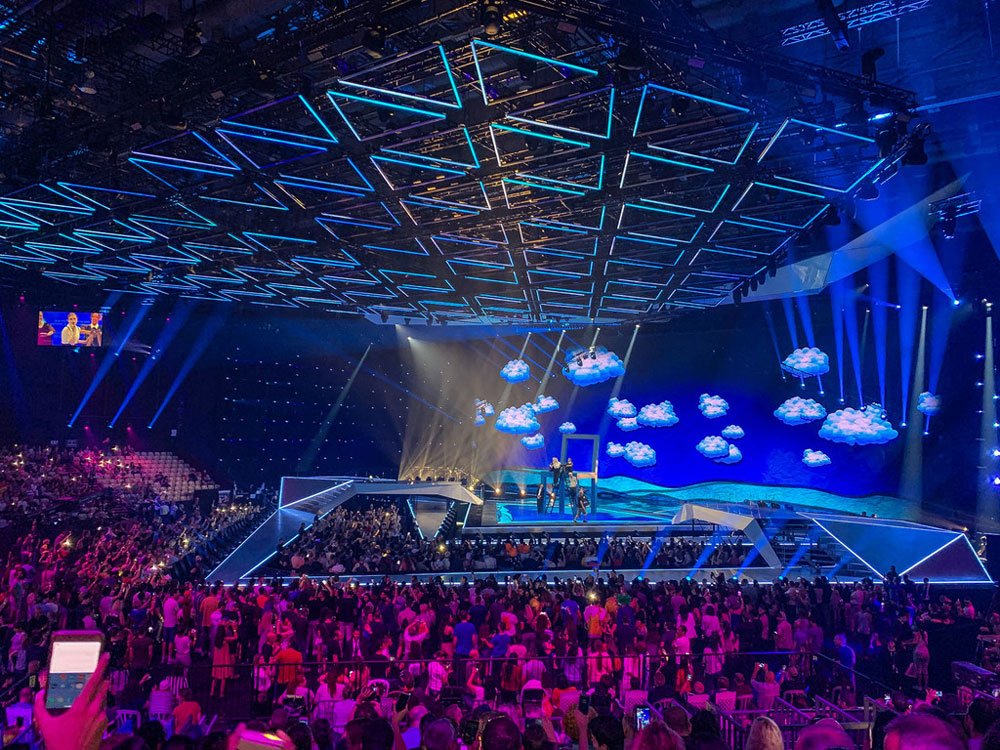 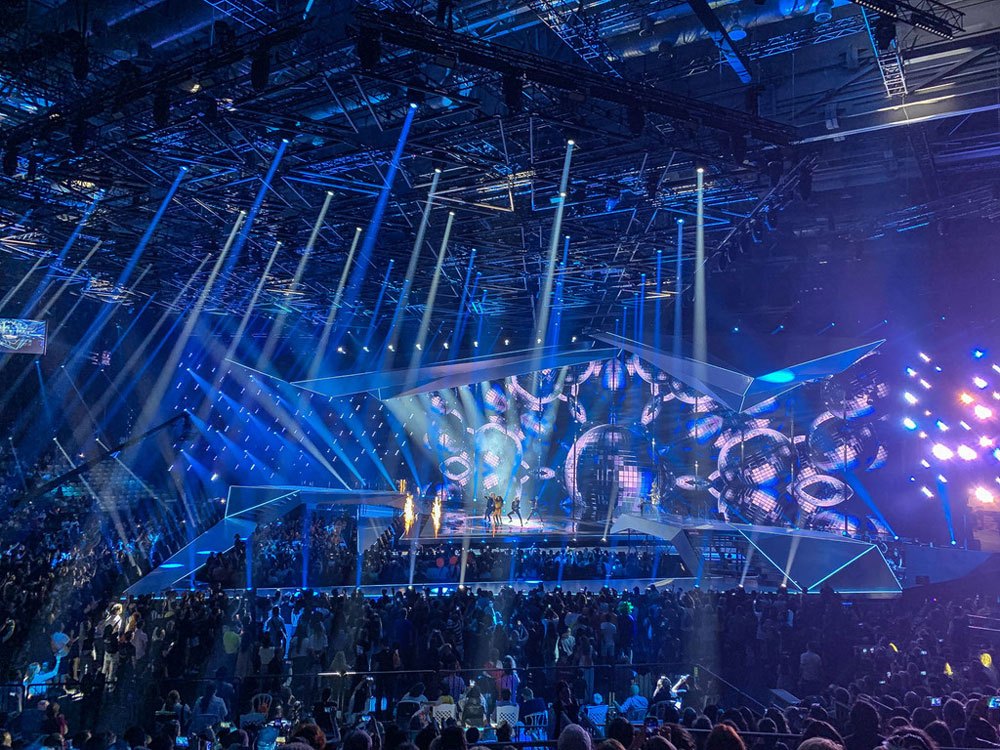 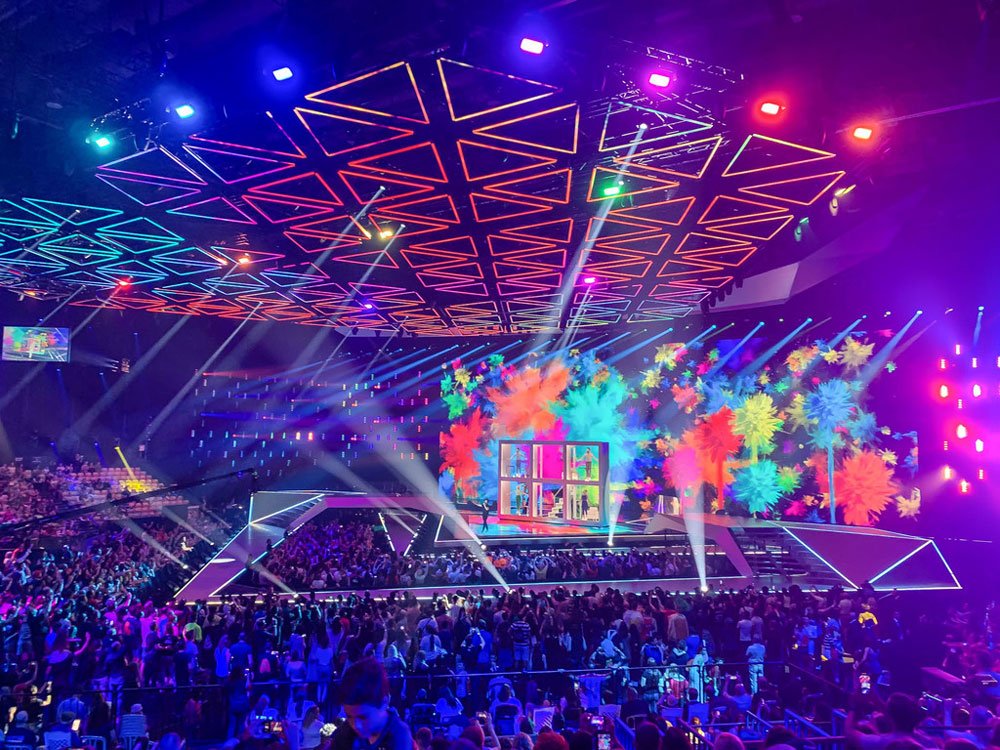 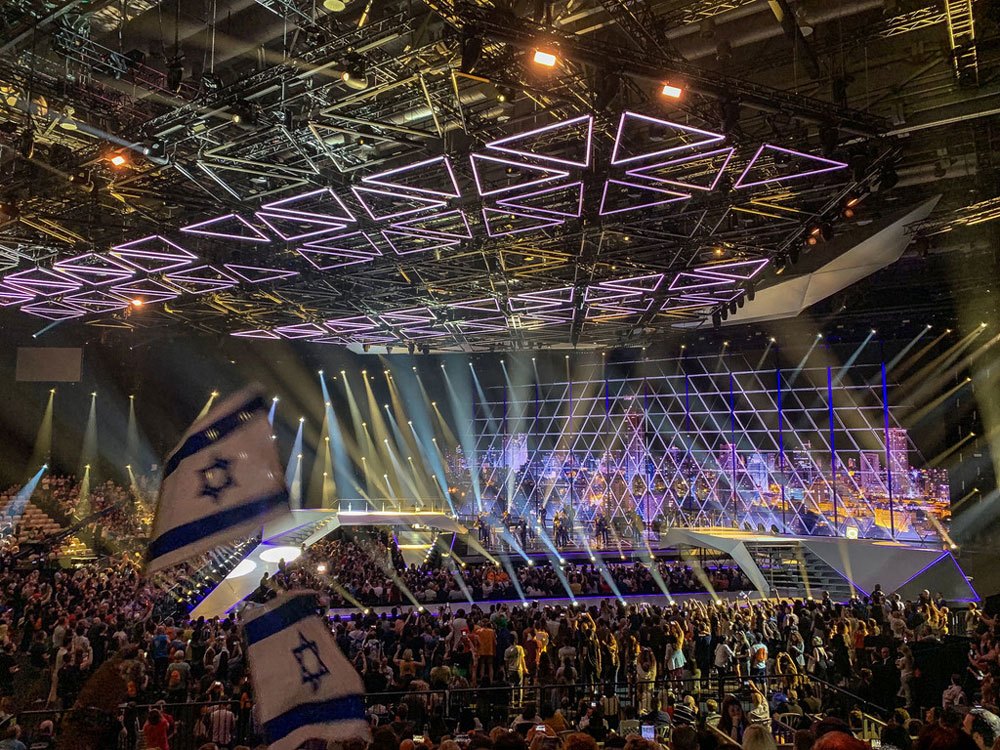 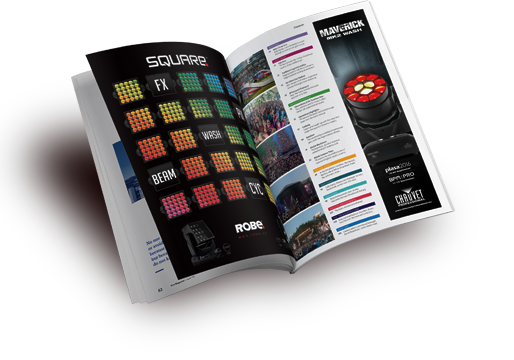